Scientists love Twitter, so tweeting while attending conferences is a popular activity. While I was at the 15th European Conference on Fungal Genetics, I was curious to look at how many other people were tweeting and what they were tweeting about.

Methods: Data was collected by querying Twitter’s REST API for tweets using the hashtag #ecfg15 or mentioning @ECFG_15 using the rtweet package. (Data scraped 2012-02-22) Retweets were not included in the analysis. If you are interested, you can download the raw data I extracted here or can view the code used to generate this post here. 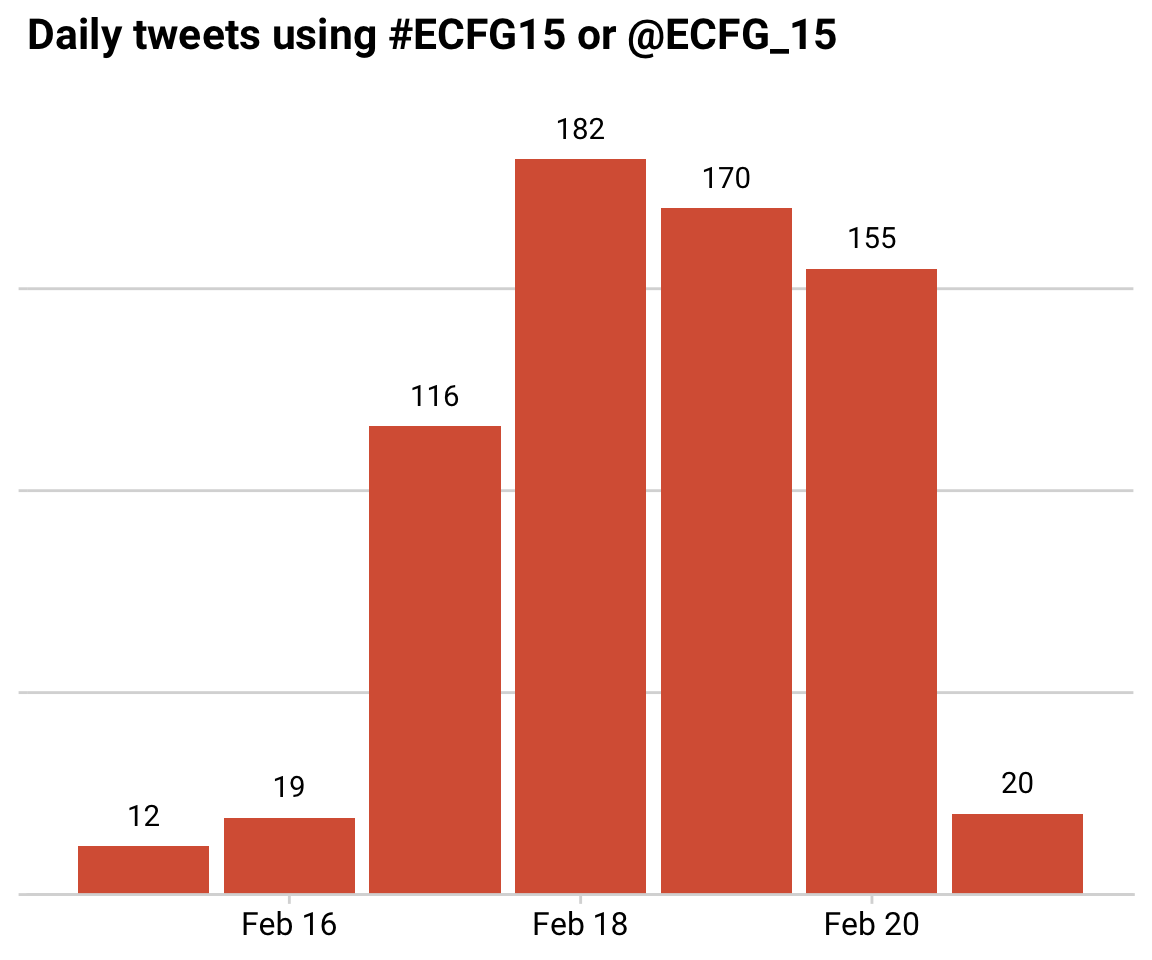 What about tweets with photos? Overall, 55% of tweets from ECFG had a photo attached to them. 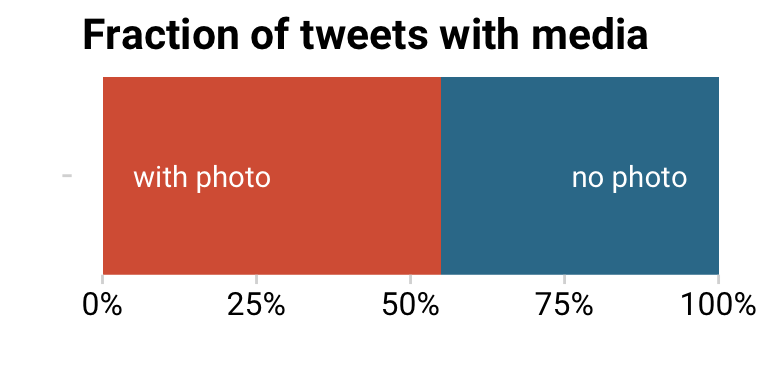 Who are the most active Twitter users at #ECFG15?

Looking at tweets posted during the four days of conference (Feb 17-20), Nick Talbot was far and away the most active poster during the conference, with Bart Thomma and Michelle Momany rounding out the top 3. Overall, 122 unique users tweeted under the conference hashtag during the meeting! 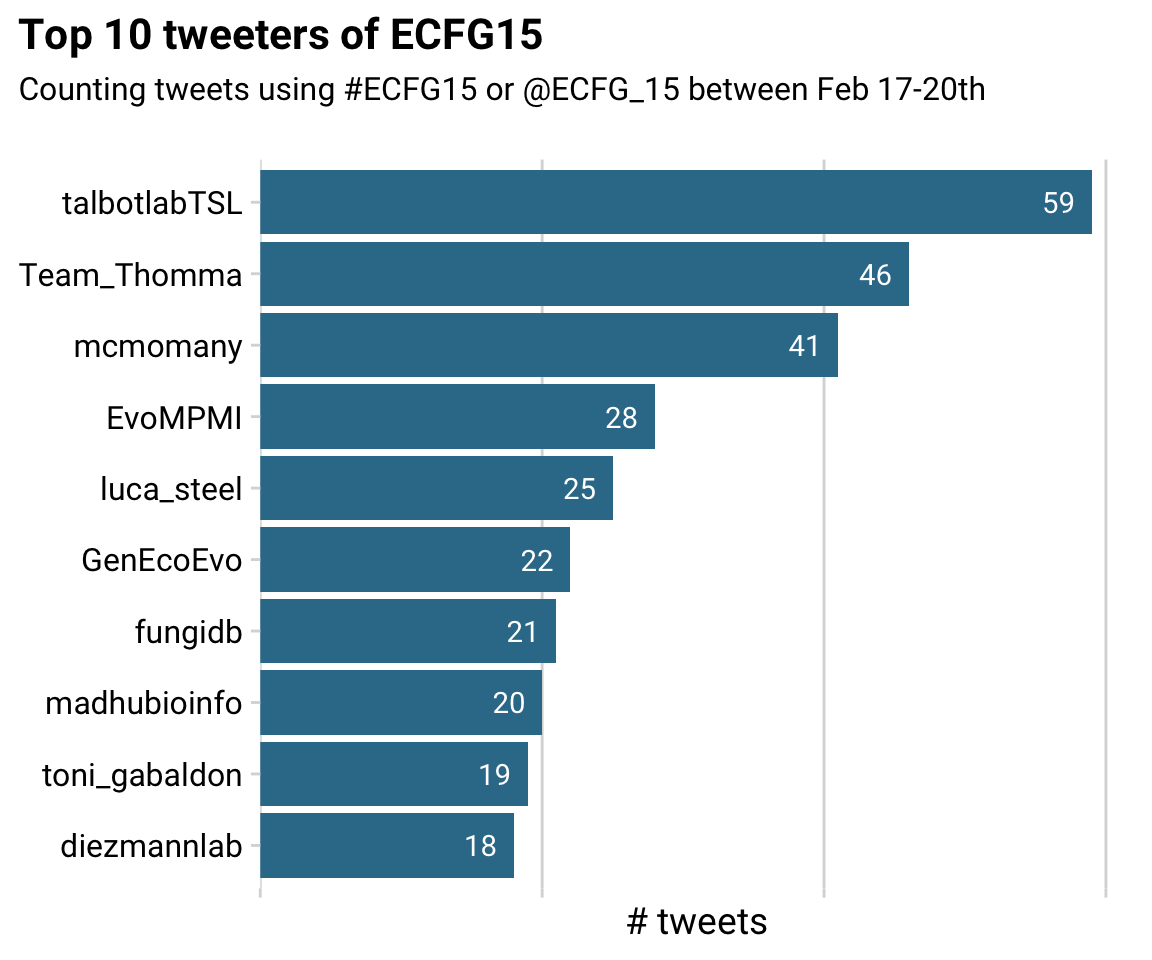 Note: I am much more of a Twitter lurker and posted I think all of 11 tweets, and part of that was documenting my sleeper train journey from Germany to Rome.

What sessions have the highest level of Twitter activity?

The plenary sessions had the highest level of Twitter engagment (as measured by tweets/hour), with the keynote talks and concurrent sessions being a bit more variable. However, people often tweet after talks rather than during, so it is not completely accurate to associate time slots with particular sessions or speakers. Not surprisingly, lunch periods had the lowest levels of activity on Twitter. 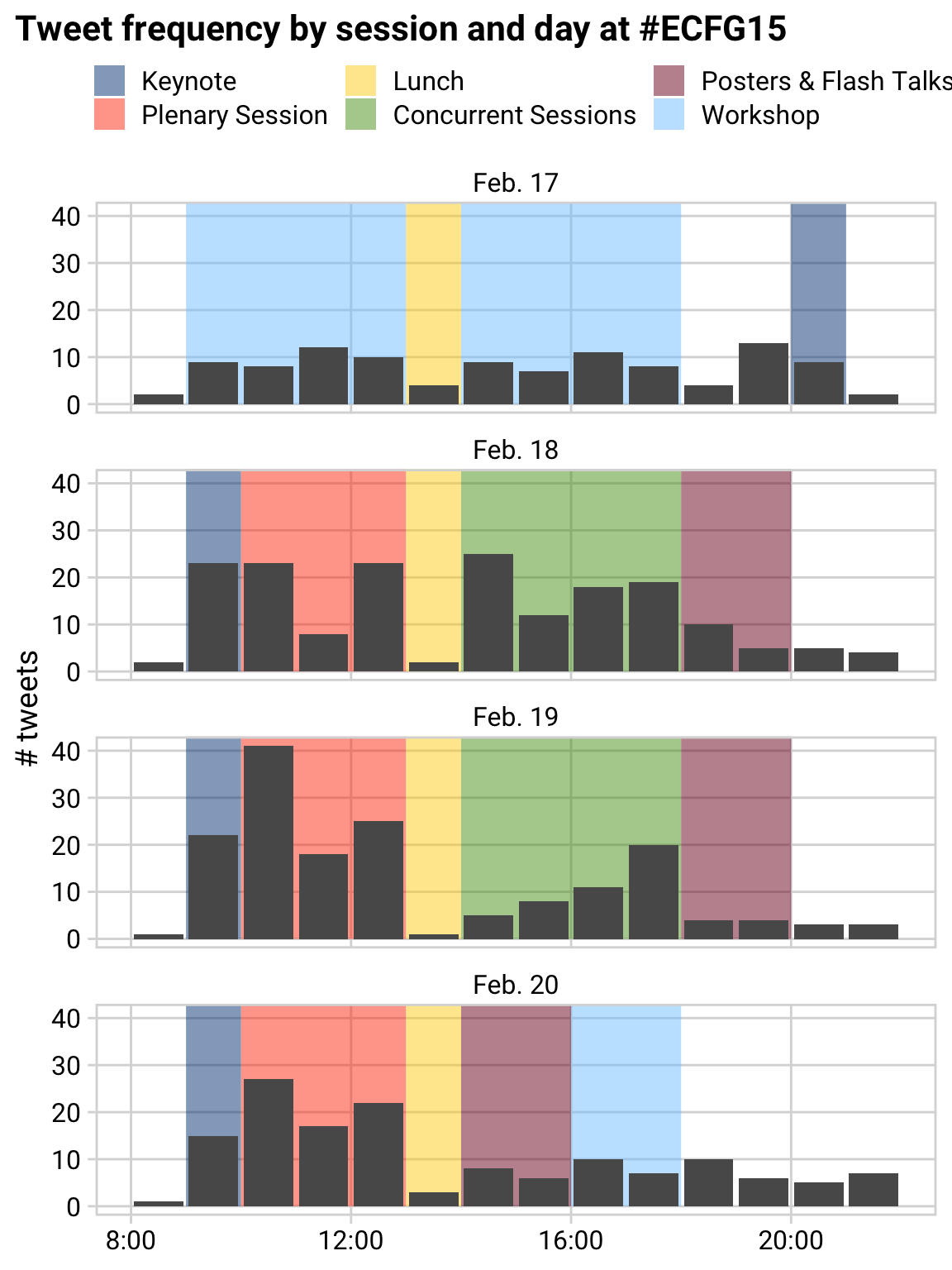 Most commonly-used words in ECFG15 tweets

Not surprisingly, outside of the conference hashtag, fungi, fungal, talk, and poster were the most frequently used words in conference tweets.

Which can be nicely visualized in a wordcloud… 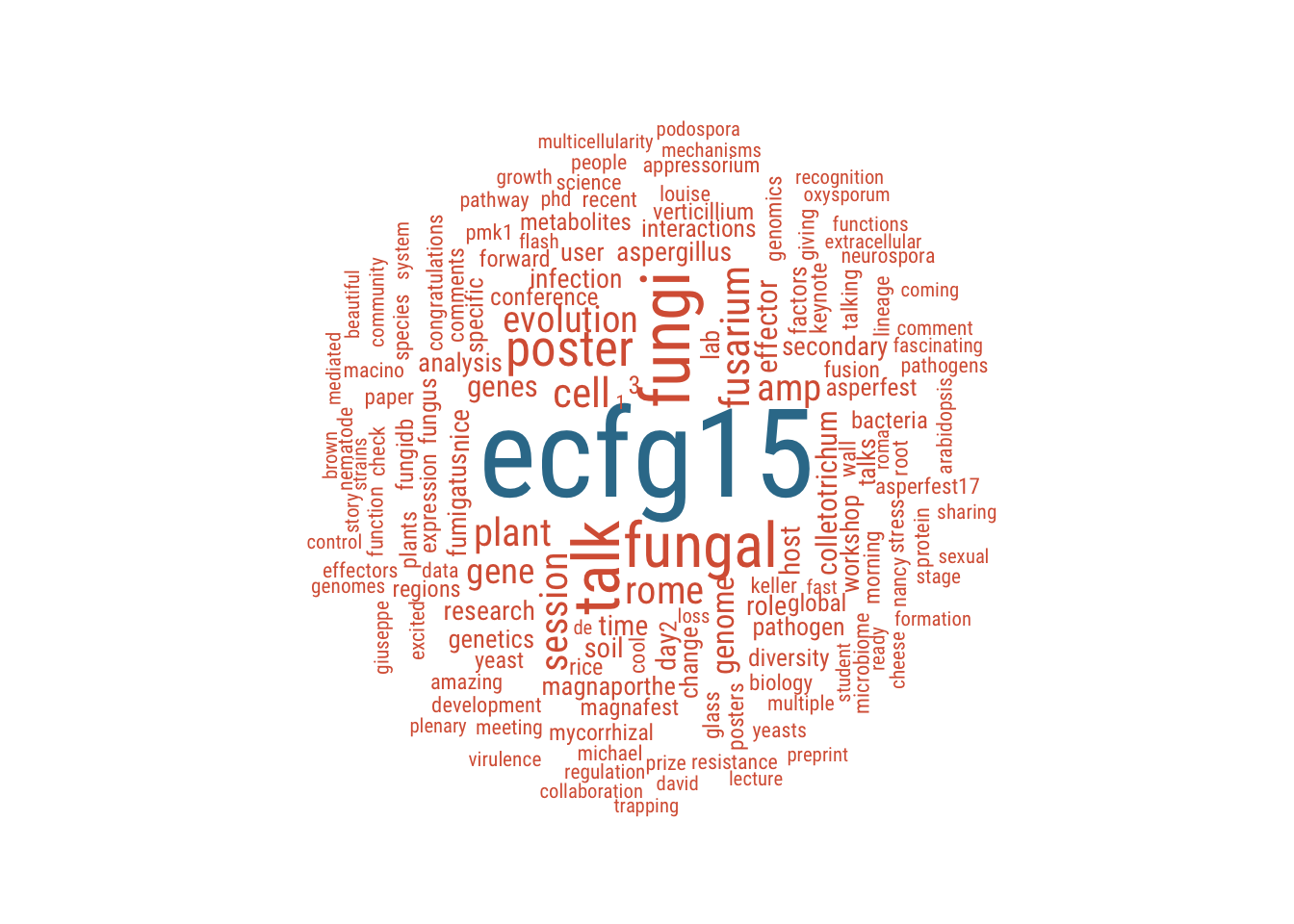 Commonly-occurring words in tweets from ECFG15

Tweets are, by nature, short in length, which is a bit limiting for text analysis, but I was still interested to do look at the relationship between words used in tweets from the conference. 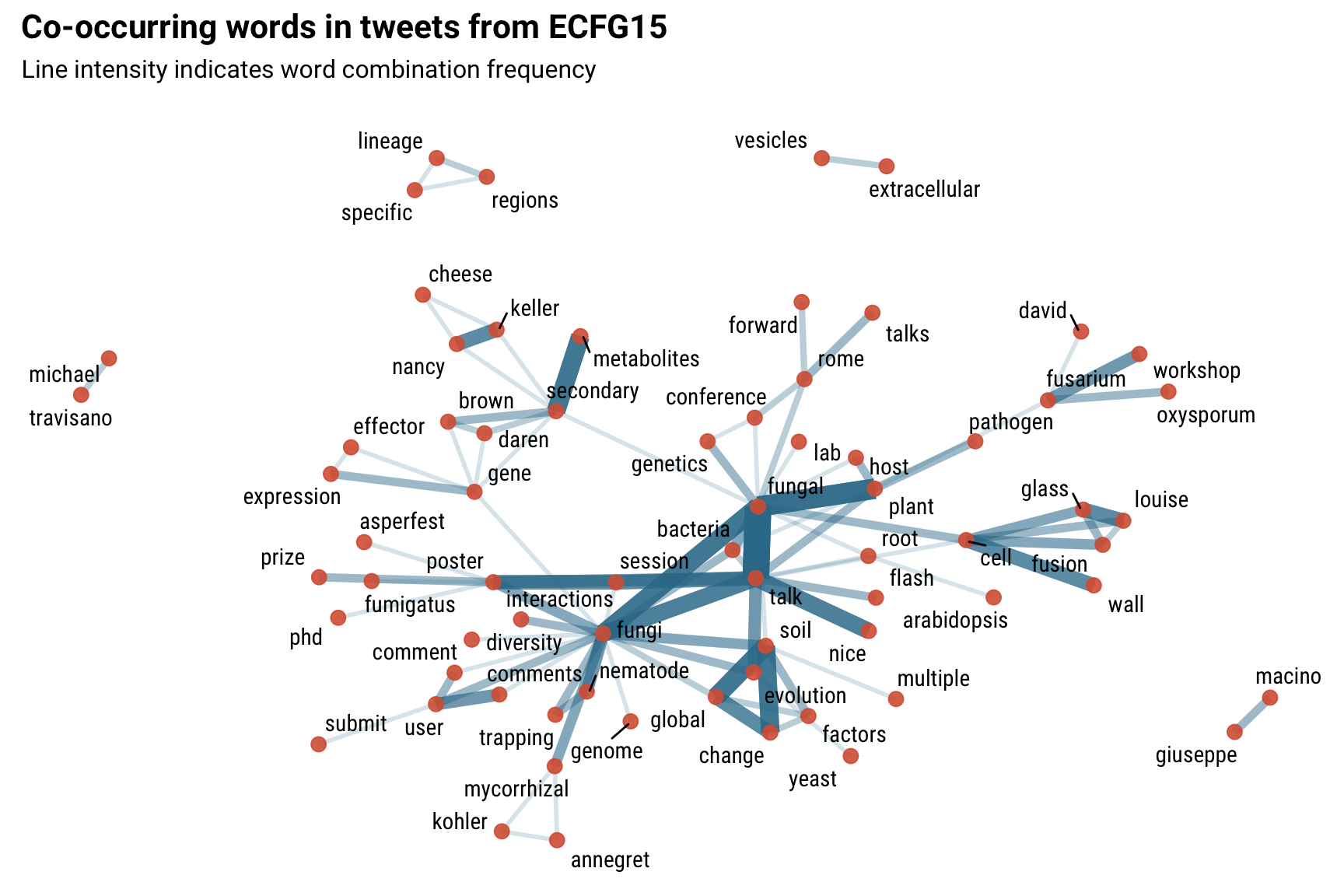 An alternative way to look at relationships between words is to calculate pairwise correlations for words within each tweet, and filter on the strength of the correlation. This removes some of the bias of only looking at the most common words, but at the cost of rare words with high correlations to each other being perhaps falsely prominent. (Note: I did do a small amount of filtering to declutter the graph and only included words that were used at least 4 times) 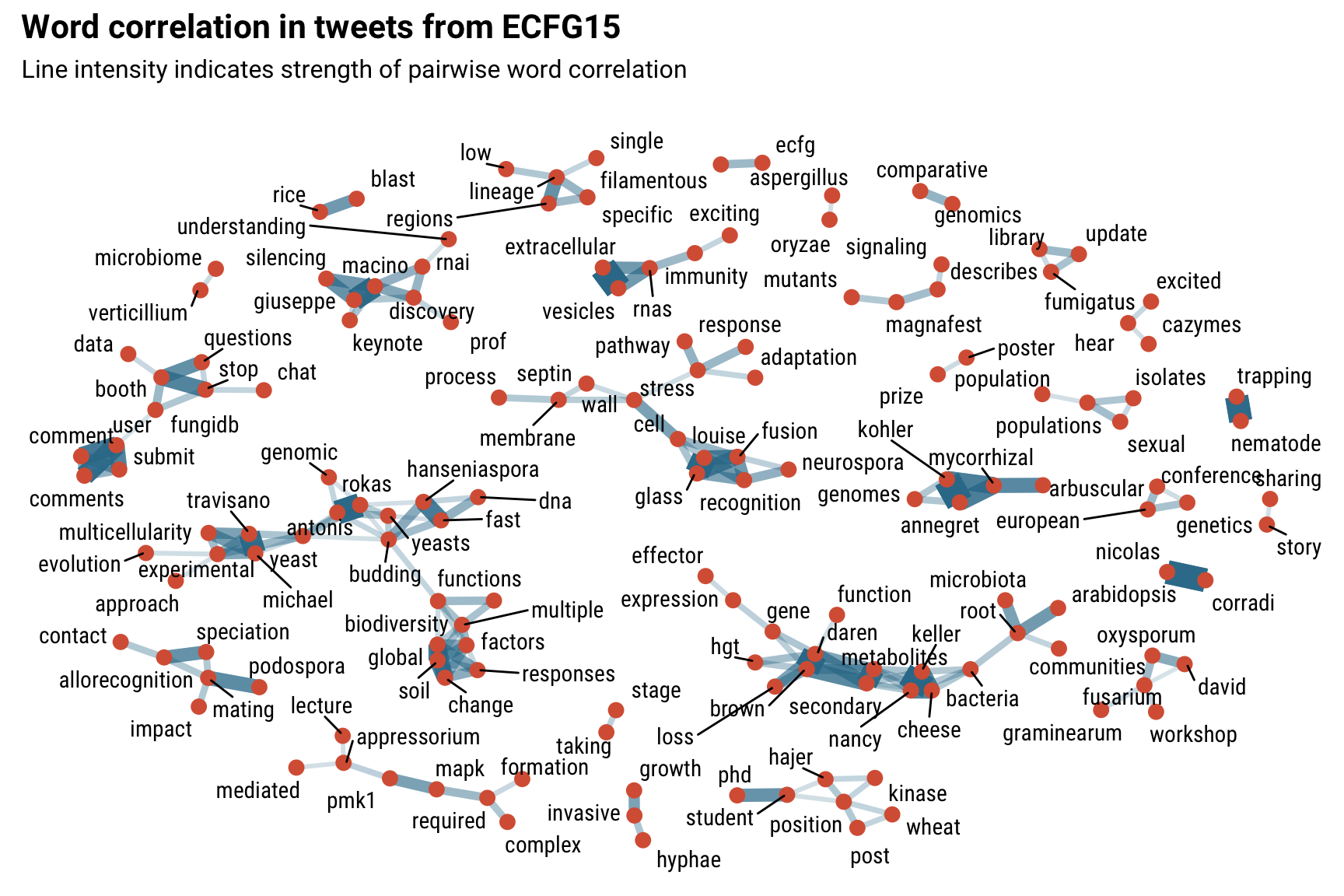 Thanks for reading! If you enjoyed this post, check out some of the other data exploration posts I’ve done or give me a follow on Twitter.